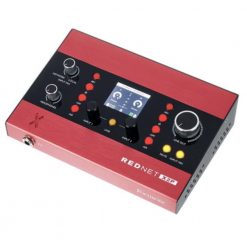 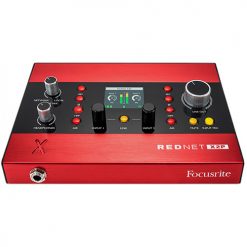 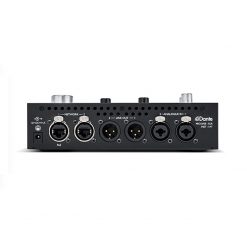 More on the way

The Focusrite Pro RedNet X2P is an audio interface with two Evolution mic pres, a stereo line output, and a stereo headphone amplifier. You can use it to add two additional channels of I/O to your existing Focusrite Red interface or to add I/O over any Dante audio-over-IP (AoIP) system. Power, audio, and remote control are provided using a single Ethernet cable with Power-over-Ethernet though a standard DC power supply (also provided).

A local input mixer allows monitoring control for people who want to hear their parts louder over the mix. Conversely, a control lockout parameter ensures your settings remain unchanged when used remotely.

On the rear of the interface you’ll find two locking, combination XLR-1/4″ inputs, as well as two level-controlled XLR outputs that can go up to 24 dBu. On the front of interface, your 1/4″ headphone output is powered by an amplifier capable of driving both low- and high-impedance headphones. The Red Evolution mic pres provide clean gain, phantom power, high-pass filtering at 80 Hz, per-channel polarity reversing, and an Air mode that emulates the sound of Focusrite’s classic transformer-based mic preamps, giving you a boost at 10 and 20 kHz respectively.

The X2P can capture and reproduce audio at sample rates and resolutions of up to 96 kHz and 24 bits. On the output side, the RedNet X2P provides a dynamic range of 120 dB at line level and 117 dB for the headphones. Built out of aluminum and steel, the unit is quite sturdy and can be mounted directly to a mic stand, which keeps it out of the way yet within reach. 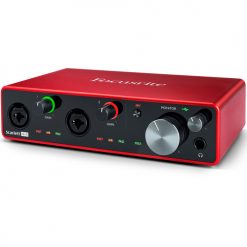 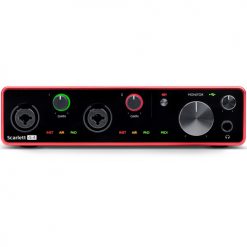 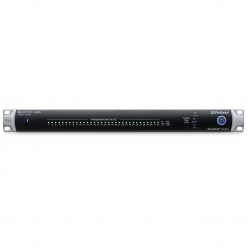 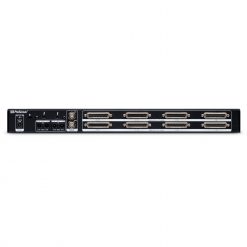