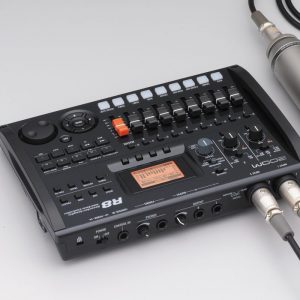 In stock (can be backordered)

The R8 8-Track Digital Recorder/Interface/Controller/Sampler from Zoom is an ultra-portable music production solution, ideal for the musician on the go. The R8 packs the versatility of the larger R24 into a fresh compact design. Not only is the R8 an 8-track recorder that writes to SD flash memory cards, it’s also a USB audio interface, a controller, and a pad sampler!

The R8 has 2-track simultaneous recording and 8-track playback. It can record WAV files at sample rates of 44.1/48kHz and bit rates of 16/24-bit. The files are captured to SD memory cards with capacities up to 32GB for making lengthy recordings. There are built-in stereo condenser mics for making recordings without extra equipment. There are also XLR/TRS combo inputs for connecting external microphones and instruments. There is 48V phantom power available on 2 tracks for supporting condenser mics. You can choose from over 140 DSP effects to add to your recordings, including guitar amp models and mastering effects.

The R8 has a USB connector, allowing you to use it as a high-definition audio interface with your computer. It supports rates up to 24-bit/96kHz and offers 2 x 2 in/out over the USB connection. Steinberg Cubase LE DAW software is included so you can record, mix, and edit on your computer right away. The R8’s controls provide full mixing and transport options for Cubase, Logic, Sonar, and other popular DAW software options. The control surface uses Mackie Control emulation for wide compatibility.

Other features of the R8 include a pad sampler with 8 voices, as well as a loop-based audio sequencer for music creation. The R8 can operate on 4 standard AA batteries, USB bus power, or the included AC adapter for excellent versatility. 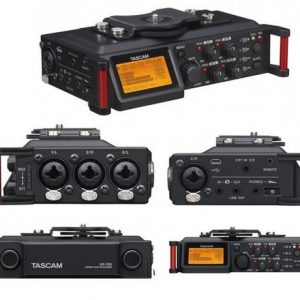 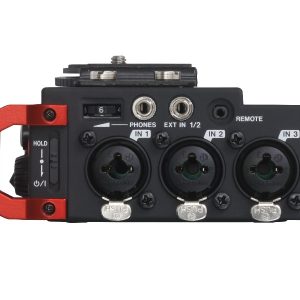